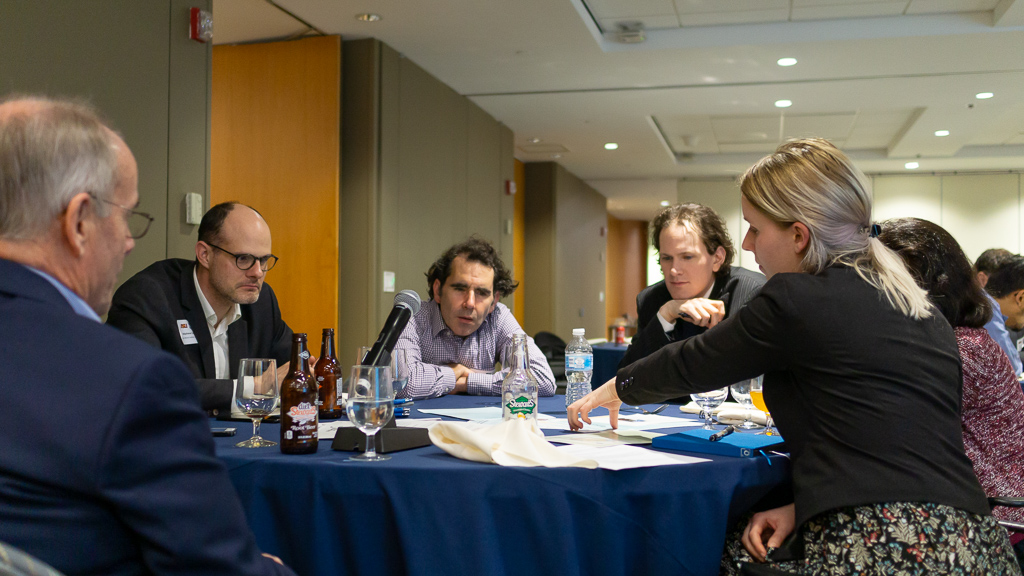 An ambitious new project will bring together citizens from around the world to debate autonomous mobility. Driverless vehicle technology is poised to revolutionize how people and goods move around. This could bring about enormous social, economic, and technological changes in the not-too-distant future.

Companies are spending billions to advance driverless technologies. Autonomous taxi and transport services are already a reality in some communities. Safety experts hope that driverless technologies will reduce the toll of deaths and injuries on roadways every year. Policymakers are scrambling to plan for autonomous vehicles on city roads.

But too often missing from decisions intended to advance this innovation are the voices of the most important stakeholder: the citizens whose lives may be affected by this new technology. What goals does the public have for the mobility system of the future? How can autonomous vehicles help to achieve those objectives? What values, hopes, and concerns do citizens bring to this transformative technology? How should autonomous vehicles be governed, what tradeoffs are involved, and how are benefits distributed?

To provide a platform for citizens to engage with decision makers on these and other vital questions, the Consortium for Science, Policy & Outcomes (CSPO) at Arizona State University and the Paris-based Missions Publiques have launched an unprecedented program of citizen consultation. This global project on the development and adoption of autonomous mobility will provide informed, deliberative, diverse, and useful public perspectives to a variety of stakeholders.

The organizers’ ambitious vision for this project is to host 100-person public forums in 25 cities each in North America and Europe in the summer of 2019. To help frame the citizen debates and determine what issues will be most useful for the public to discuss, CSPO and Missions Publiques hosted an expert stakeholder workshop in Washington, DC. Critical funding for the project has been generously provided by the Charles Koch Institute, along with additional forum support from the Alfred P. Sloan Foundation.

The project team, led by Mahmud Farooque of CSPO and Yves Mathieu of Missions Publiques, organized productive discussions of many aspects of autonomous mobility. These included social aspirations and implications of driverless vehicles; issues around technology development and application; and the policies and planning necessary for the smooth rollout of autonomous innovation.

The workshop’s rich discussions of these and many other aspects of autonomous mobility will shape the creation of deliberation materials for the public forums over the next several months. The first of these forums will take place in Boston, Washington, and Phoenix this summer. The expert workshop participants also represent the key audience for the results of this project, as the public perspectives and values shared at these forums will inform their decision-making processes.

For more information, visit the project page on Navigating Our Driverless Future.