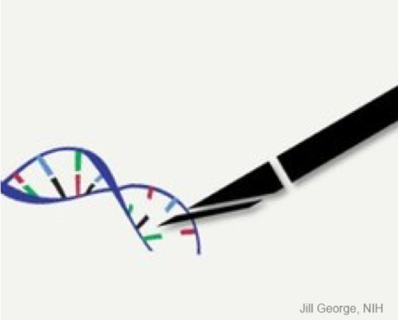 Human genome editing has received wide attention by bringing new hopes for curing rare diseases and disorders, but also raising deep social and ethical concerns. In 2020, Emmanuelle Charpentier and Jennifer Doudna were awarded the Nobel Prize in Chemistry for their discovery of the CRISPR/Cas9 scissors, the most powerful gene editing tool known to date. However, the two researchers have also called for a moratorium on the use of this powerful tool for germ-line, or heritable, editing following the controversies and ethical dilemmas resulting from the announcement of the birth of the first “CRISPR baby” in 2018 by Chinese scientist Jiankui He.

With high hopes and deep concerns co-existing in the early stage of developments, many experts argue that it is of paramount importance to capture public values on how this technology should be used and how it should be governed. The National Academy Committee on Human Gene Editing   calls for public education and engagement in the process of “assessing and applying societal values to the risks and benefits of genome editing technologies and the ethical dimensions they involve.” Scholars like Sheila Jasanoff and J. Benjamin Hurlbut went a step farther in suggesting how this engagement could be operationalized at the global scale by calling for a global observatory to facilitate conversation around gene editing. In Science, a group of 25 scholars in gene editing, public health, public engagement and deliberative democracy argued that the matter is too important to be left for politicians, scientists, and experts to decide on their own. They advanced a proposal for global citizen assemblies on gene editing.

With so many recommendations, demands, and suggestions for public engagement but with very little in terms of actual methods and approaches, one big question is how can we design these processes so that critical voices from all societal actors are captured? The Stem Cell Dialogue (SCD) that took place in the United Kingdom offers a  template and ways for making improvements.

The Stem Cell Dialogue was held in 2008 in the United Kingdom to identify the views and concerns amongst the wider public regarding stem cell research. During the framing phase, the British Market Research Council (BMRB) conducted 49 interviews with a wide range of stakeholders (scientists, clinicians, social scientists and ethicists) to ensure the diversity of perspectives. Additional stakeholder workshops and research were conducted to produce materials in the framing process. BMRB then partnered with research councils and a 19-person oversight group that represented a wide range of interests related to stem cell research to identify key issues and areas to discuss in the public deliberation. 15 public dialogue workshops were then held across the United Kingdom. The organizers of the SCD understood the importance of diversity in opinion both in the framing process and in the public deliberation process. Not only did they invite a variety of stakeholders to design materials for the public deliberation workshops, they also ensured that public deliberation participants matched the demographic profiles of the workshop locations with regards to  age, socioeconomic status, and ethnicity. The design appeared to be sound.

However, evaluation found that despite the diversity of stakeholders and deliberation participants, there was not a diversity of outcomes. Homogenous views, favoring stem cell research, had been observed in the workshops. Did this mean that most of the public showed agreement on the same issue? Sadly, observers found that participants with opposite views were reluctant to speak up even though facilitators were very encouraging. How could the design be improved to encourage these voices?

Evaluators pointed out that although the stakeholders in the framing phase represented multiple interest groups, their views were homogenous. Some participants even said that they “don’t feel it is a realistic representation of how people feel.” Experts–scientists, clinicians, social scientists and ethicists–invited to frame the deliberation workshop shared such similar views that they only captured part of the issue. Other stakeholders and experts, like faith leaders and pro-life groups, were left out in the framing process. Excluding them meant that the organizers of the SCD missed the chance to include experts who were willing to discuss challenging questions and provide more critical perspectives to frame the public dialogue workshops to make them more inclusive.

The lesson that the SCD provides for Human Genome Editing Engagement is clear. Including demographically diverse publics in the deliberation is not enough for substantive public engagement. We need more than our most engaged scientists, clinicians, social scientists, ethicists, and other experts in the framing process of public deliberations. To build safeguards against potential failures, the public must also be included in both the naming and framing of human gene editing issues for public engagement. In the naming and framing protocol developed by the Kettering Foundation, the naming phase maps concerns while the framing phase proposes options to deal with those concerns and consider the consequences and tradeoffs of the options. The expert framing and public framing may be very different and distinct. Considering both framings allows for a more inclusive picture of the human genome editing issues landscape.

When lay publics were included in issue framing, as was done in a deliberative mapping study of geoengineering, they introduced alternatives to geoengineering. The inclusion of citizens’ insights produced “broader problem definitions, alternative options and diverse perspectives and criteria”. Citizens, using their group developed criteria, scored geoengineering proposals lower than their mitigation counterparts. This showed that important parts of the picture are missed if problems are framed using experts’ perspectives only.

Recognizing the fact that citizens’ concerns and framing can be very different from experts’ perspectives, Consortium for Science, Policy and Outcomes partnered with the Kettering foundation to pilot a new approach to capture a more inclusive framing of issues on the topic of driverless vehicles. This approach consisted of two parts. First, an open-framing focus group deliberation that engages the lay public with minimal background information about the issue to collect their concerns and hopes regarding the issue without any prior framing of the problem or opportunity by the experts. The focus groups were designed to elicit “local knowledge” from participants that provided personal insights not previously explored in the national conversations. The findings from open-framing focus groups were then combined with expert framings during a public engagement expert-stakeholder design workshop to have a more inclusive framing .

For the human genome editing projects, CSPO is following a similar approach. Partnering again with the Kettering Foundation, CSPO organized “open frame focus group deliberations” with the public, starting with a health and well-being frame. The initial results being analyzed are revealing key differences, reinforcing the importance of including lay citizens along with diverse stakeholders in the framing process. Researchers remain hopeful that this extra step will help build on the learnings from the UK Stem Cell Dialogues and produce outcomes that are more representative of the diversity of public views on human gene editing.

Lilian Law is an intern at the Consortium for Science, Policy & Outcomes in Washington DC and a graduate of health policy and management at New York University. You can contact her at: hll316@nyu.edu